The former Vonwiller textile factory in Žamberk has a wealth of interesting interiors and exteriors. It’s almost like a film studio with a variety of eye-catching sets and niches, an extensive library of props and historical machines, as well as its own restoration workshop – in short, a filmmaker’s paradise.

Swiss businessman Nicholas Vonwiller built the factory in 1838. From an architectural perspective, it’s one of the oldest and most interesting factory complexes in the Orlicke (Eagle) Mountains. At its core is a stone three-story building in Classicist style in the shape of an incomplete rectangle along with other additions. In 1911, a very modern (for its day) four-story “skeleton” building was constructed.

“The textile industry in Žamberk remained in operation for nearly 170 years, until 2007. Since 2010, the factory has been the property of the Museum of Antique Machinery and Technologies, which is gradually creating a space for presenting a unique collection of historical machinery, such as steam rollers, Škoda Sentinel trucks, traction engines, and locomotives, ” explains Lucie Ondráčková of the East Bohemia Film Office.

“Renting out the space for filming is an excellent form of promotion for the museum while fulfilling one of our goals, which is to popularize technology and our industrial heritage. And by working with film productions we can bring in more resources for further development of our non-profit project, ” says Zora Střelcová of the Museum of Antique Machinery and Technologies.

The property is located at the edge of the town of Žamberk in the Pardubice region and is accessible by local roads about 1 km from the main Prague – Ostrava motorway. “Currently the museum is only open for specific events or by appointment, so it’s no problem to close it for filming, ” says Střelcová, adding: “The functional centrally-powered machine shop with more than 30 machines from the late 19th and early 20th centuries could be of special interest for filmmakers. There’s also a full complement of small historical hand tools, as well as the original master’s office.”

The second floor of the oldest part of the building serves primarily as an exhibition space. The first part is an exhibition of stationary engines (partially restored to functional condition) and the second part features a collection of automobiles and motorcycles focusing on the development of sports cars from 1900 to the present day.

“Most of the vehicles are fully functional and we’re happy to lend them for filming. The collection includes sports cars from the 1920s and 1930s, such as the Aero 30, Tatra 30, and the Praga Piccola, as well as Jaguars, Alfa Romeos, and Porsches from the 1950s to the 1970s.” says Střelcová.

Steam-powered machinery has found a home in the factory’s courtyards, and the entire complex is ringed with a narrow-gauge railway on which locomotives from the museum’s collections run. From the courtyard there is access to a basic machine shop, which also includes a forge.

In another courtyard, there’s a replica of a 19th century pub with a period entryway. On the first floor of the oldest part of the complex, a period kitchen has been built connected with a dining room with a functional wood-fired stove and other amenities. 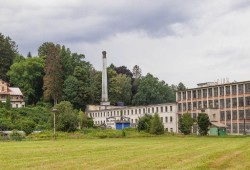 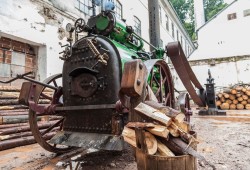 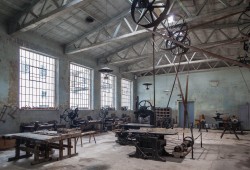 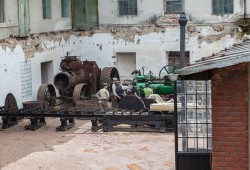 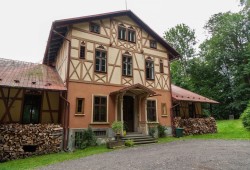 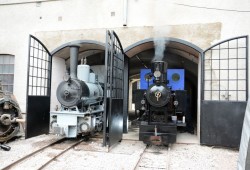 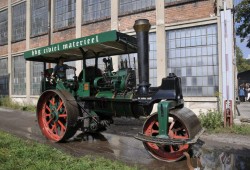 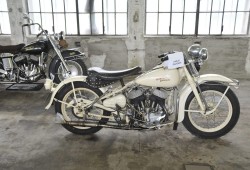 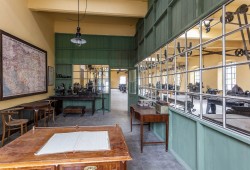 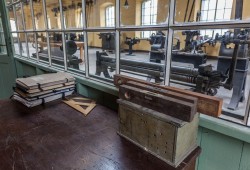 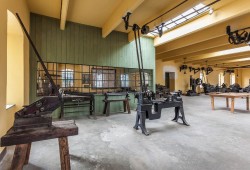 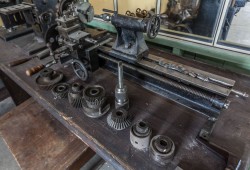 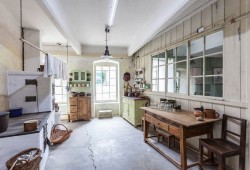 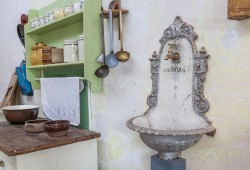 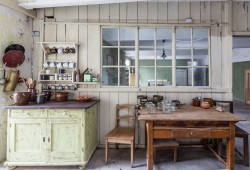 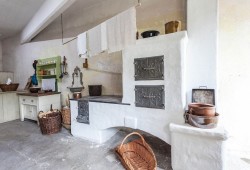 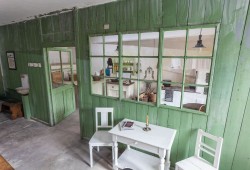 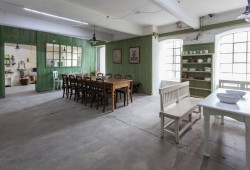 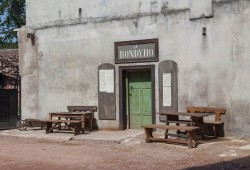 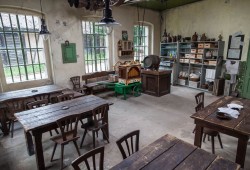 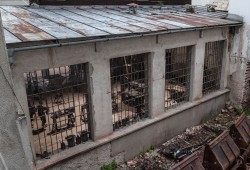 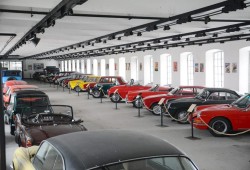