The Church of St. Nicholas in Veliny

The dominant feature of the village is the neo-Baroque church, bell tower and mortuary built in the middle of the 18th century. The Church of St. Nicholas was built in 1752 in the plait style, it is wooden, timbered with a triangular shingle roof, it is one-aisled, with flat ceilings inside, a chancel (with a still functioning organ) on carved columns in the western part of the church and a presbytery facing east. In the sacristy of the church there is now a great curiosity, which we rarely read about, the so-called "Josephine coffin" dating from about the 1880s. At that time, in order to save wood for coffins, especially in the case of epidemic deaths, the deceased were lowered into the grave by opening the bottom of the coffin. However, this method of burial was only used for a short time due to strong opposition from the population. The coffin was originally placed in the 1750 mortuary, but was not moved to the sacristy until the late 20th century for security reasons. 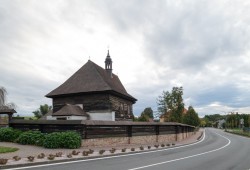 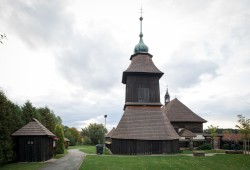 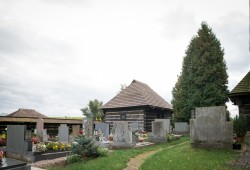 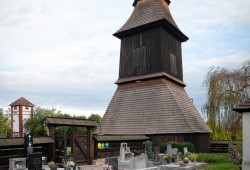 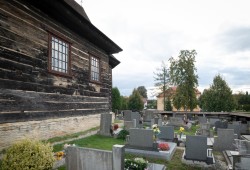 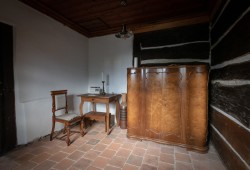 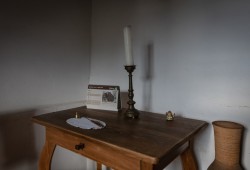 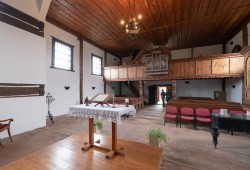 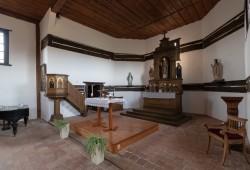 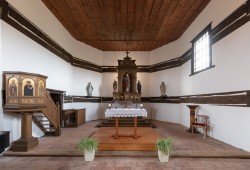 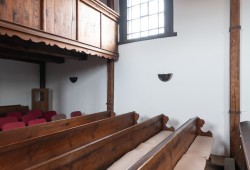 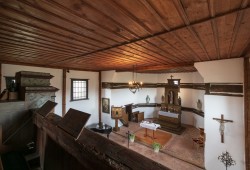 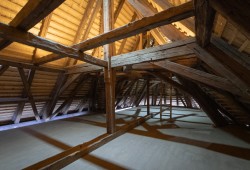 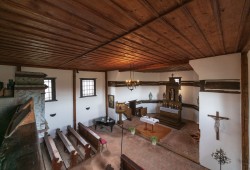 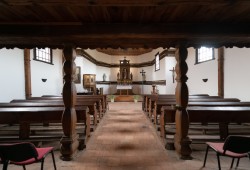 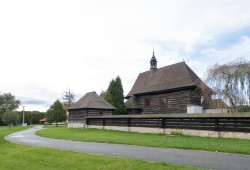 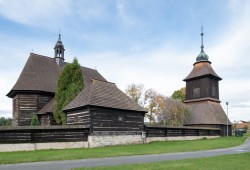 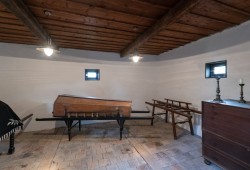 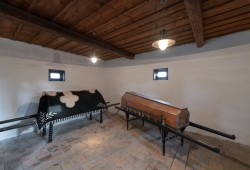 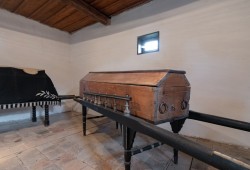 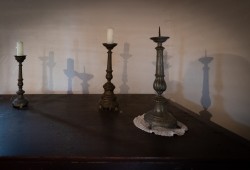 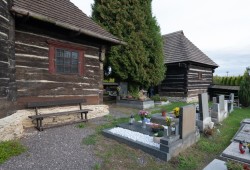 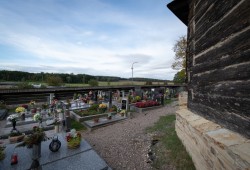